270 Gems
Not to be confused with the Rare Royal Lamp.

The Royal Lamp is a den item. It was originally released on September 2015 at Jam Mart Furniture for 900 Gems.

The Royal Lamp resembles a candelabra with a golden rod and five candles with one slightly bigger one in the middle. The item comes in 6 variants. 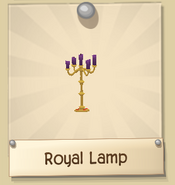 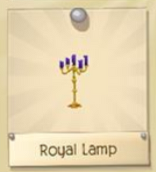 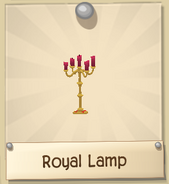 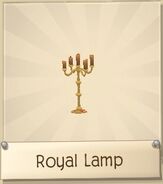