285 Gems
Not to be confused with the Rare Royal Window.

The Royal Window is a den item. It was originally released on September 2015 at Jam Mart Furniture.

The Royal Window is a Window with wooden framework held with vines. The curtains are trimmed with gold and tied back with golden rope. There is a pattern on the top of the curtains encrusted with gems. 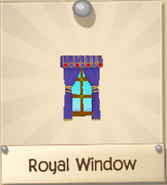 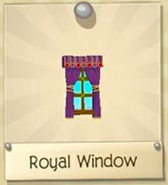 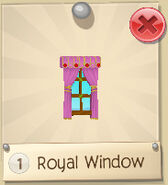 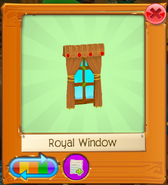