Sapphires appear as small, indigo-colored, square-shaped gems with rounded edges. They appear to be sparkling.

Sapphires can be won randomly from the daily spin, or bought with real money through in-app purchases at the Premium Shop. Sapphires could also have been won from daily Treasure Hunts especially on 'Sapphire' Wednesdays before its removal. They can also be won as prizes from the "Reward" menu by completing tasks in games and by purchasing membership. In Volume 19 of the Play Wild Jamaa Journal, it was announced that Animal Jam members would receive five free Sapphires daily, in addition to the ones earned in Treasure Hunts. As of 2017, members get daily sapphires. Since the December 2017 update, Sapphires can also be obtained through Levels and Achievements. They could also be rewarded through AJ Classic Rewards for a limited time. 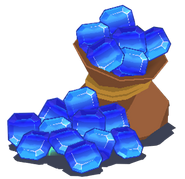 A bag of sapphires 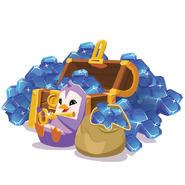 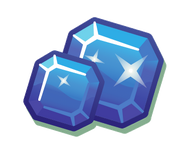 A pot of Sapphires

Sapphire Shop on the map before the name was corrected.

Button that goes to the Premium Shop

A treasure hunt that offers Sapphires as a potential prize.

A sign (in the beta) labeling how many sapphires a Jammer has.

Old welcome to the Sapphire Shop pop up.

Current welcome to the Sapphire Shop pop up.

Premium shop spot the glitch in it.

Sapphires earned in the Treasure Hunts.

15 sapphires from the “twelve” code. 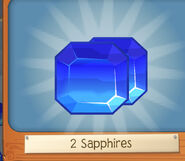 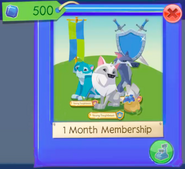 1 Month Member that can be purchased with Sapphires.
Community content is available under CC-BY-SA unless otherwise noted.
Advertisement