The Scarf is a clothing item worn around the neck. It was originally released in the Beta Testing at the Hot Cocoa Hut for 90 Gems.

The Scarf has not been sold in stores since the Beta Testing.

The Scarf appears as a medium-sized scarf that is tied and has a plaid pattern on it. This item comes in 6 different variants. 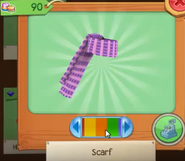 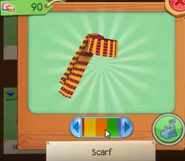 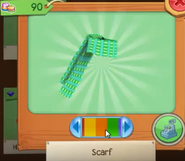 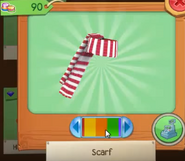 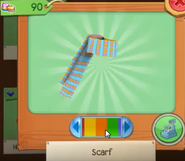 Scarf in the Beta Testing
Community content is available under CC-BY-SA unless otherwise noted.