45 Gems
The Sea Slug Plushie is a den item. It was originally released in November 2016.

The plushie can be won by touching all five different species of Sea Slugs in the Touch Pool Minigame.

The Sea Slug Plushie is a plushie shaped like a sea slug, it has 5 little antennas and some stripes. This items comes in 6 variants. 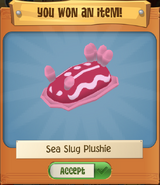 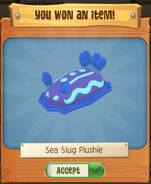 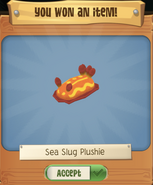 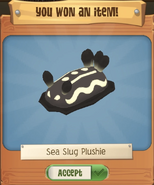