45 Gems
The Sea Star Plushie is a den item. It was originally released in November 2016.

The plushie can be won by touching all five different species of Sea Stars in the Touch Pool Minigame.

The Sea Star Plushie is a plushie of a seastar. It has a smiley face and pink cheeks. It also has a darker color of the plushie as a outer rim. 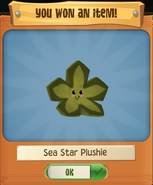 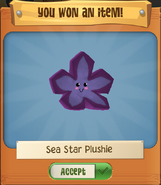 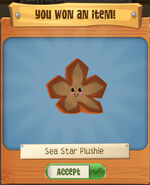 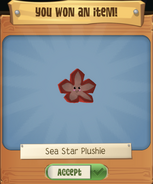