45 Gems
The See Urchin Plushie is a den item. It was originally released in November 2016.

The plushie can be won by touching all five different species of Sea Urchins in the Touch Pool Minigame.

The Sea Urchin Plushie is a fairly round plush with several spike-looking objects coming out of it. It seems to resemble a sea urchin, and its "spikes" are a lighter color than its main body color. The plush also has two small black eyes. This item comes in 6 variants. 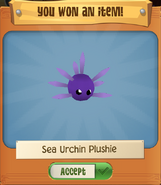 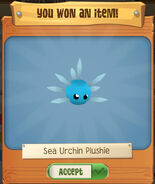 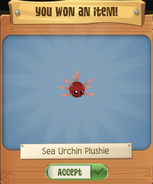 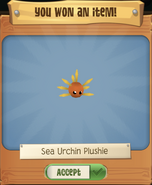