Not to be confused with the Pet Shark Hat.

The Shark Hat is a clothing item worn on the head. It was originally released in September 2016 at Jam Mart Clothing for 850 Gems.

The Shark Hat looks like a small, short shark with beady eyes, ten sharp teeth and three small gills on each side. The hat has five fins and a tail that has a notch on the end. This item comes in 6 variants. 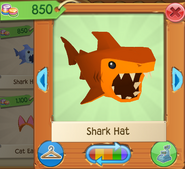 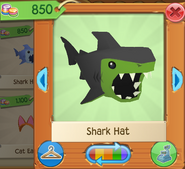 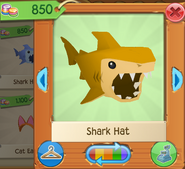 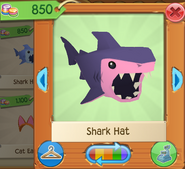 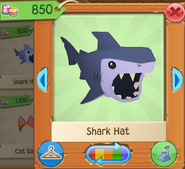 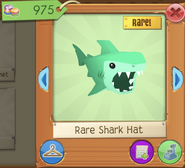