375 Gems
The Shoulder Armor is a clothing item worn on the back. It was originally released during October 2015 at the Wolves Only Party for 1,250 Gems.

The Shoulder Armor is an armor made out of three, sickle-shaped metal plates overlapping themselves. On top of each plate, there are three hexagonal screws. It covers an animals' shoulder when equipped. The item comes in six variants. 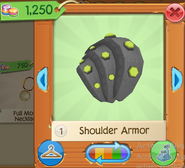 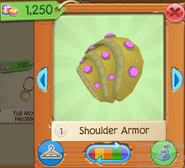 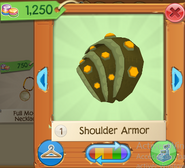 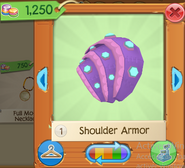 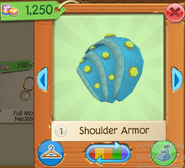