The Silk Scarf is a clothing item that is worn around the neck. It was released in August 2015 at Jam Mart Clothing for 950 Gems.

This is a long piece of silk with the ends tied in the front to form a scarf. It comes in 6 variants. 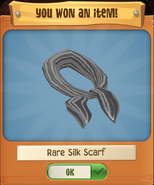 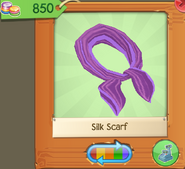 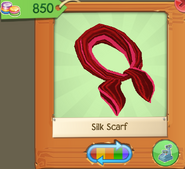 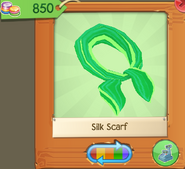 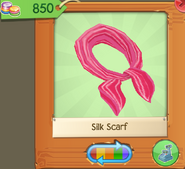 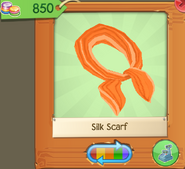 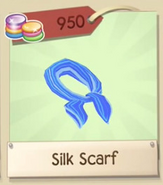