The Skull Necklace is a clothing item worn around the neck. It was originally released during the Night of the Phantoms in October 2015 at Jam Mart Clothing for 750 Gems.

The Skull Necklace is a necklace that has three skulls as charms and small bones for the chains. This item comes in 6 different color variants. 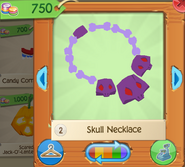 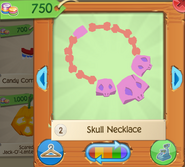 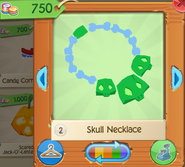 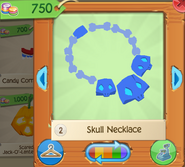 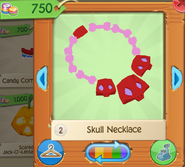 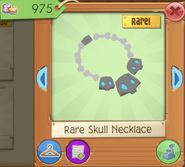