262 Gems
Not to be confused with the Floating Lantern

The Sky Lantern is a den item. It was originally released on January 2017 at the Chinese New Year Party for 875 Gems.

The Sky Lantern is a small rounded lantern that floats in the sky. It is a Chinese lantern with a black pattern on it and tassels attached to the bottom. 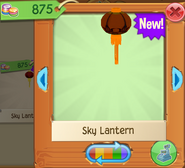 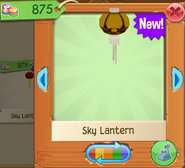 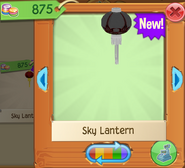 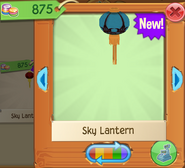 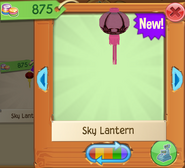