240 Gems
The Smiley Antennae Headband is a clothing item worn on the head. It was originally released in August 2016 at Jam Mart Clothing for 800 Gems.

The Smiley Antennae Headband consists of a headband with two grey springs on it. At the end of the springs, there are two balls with smiley faces on it. This item comes in 6 variants. 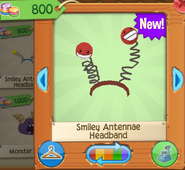 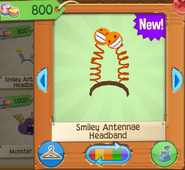 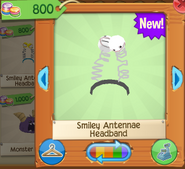 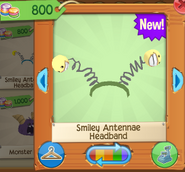 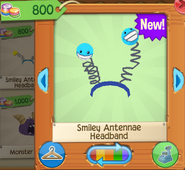 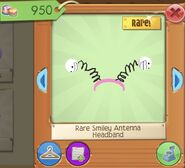