195 Gems
The Snow Chair is a den item. It was originally released in December 2015 at Jam Mart Furniture for 650 Gems.

The Snow Chair consists of a small mound of snow shaped into a chair. A walled fort acts as the backrest, and there is a yellow rimmed blanket on each armrest. This item comes in 5 variants. 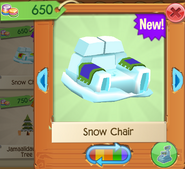 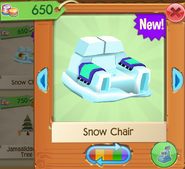 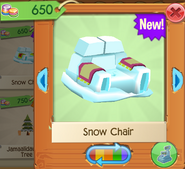 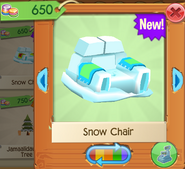