360 Gems
The Snow Globe Hat is a clothing item worn on the head. It was originally released in January 2017 at Jam Mart Clothing for 1,200 Gems.

The Snow Globe Hat consists of a round, blue glass dome that is cut off for the bottom portion of the hat. Inside the dome is a snowman with only 2 snowballs for its body; one large and one small. It has stones for its eyes, mouth, and buttons. It has a carrot nose and stick arms. This item comes in 6 different color variants. 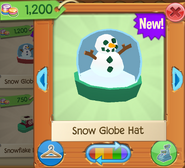 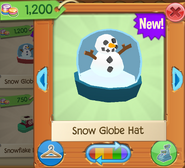 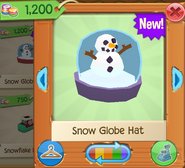 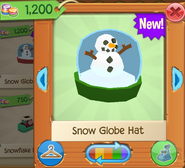 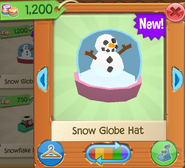