Not to be confused with the Pet Snowboard.

The Snowboard is a clothing item worn on the back. It was originally released in November 2015 at Jam Mart Clothing for 850 Gems.

The Snowboard is a longboard that has two small, narrow foot holders attached. It has the official Animal Jam logo on the front. 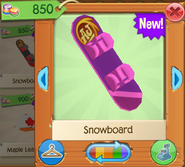 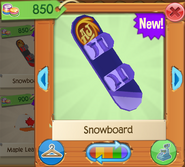 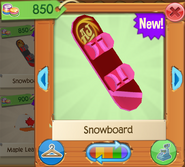 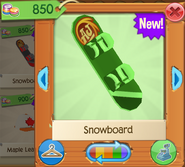 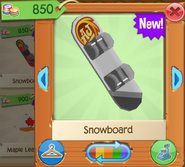 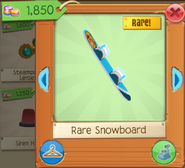