225 Gems
Snowflake Boots are clothing items that are worn on the paws. It was originally released in December 2015 at Jam Mart Clothing for 750 Gems.

Snowflake Boots are a pair of sturdy-looking boots with laces, a fur trim at the opening, and a decorative snowflake print on the sides. This item comes in many variants. 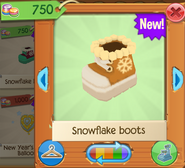 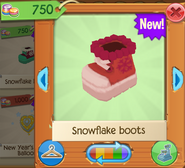 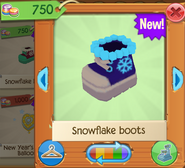 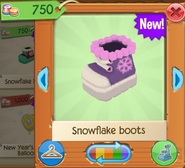 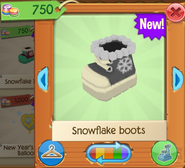 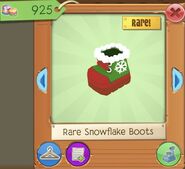 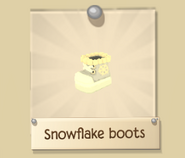 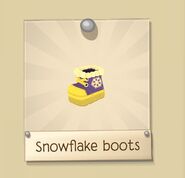 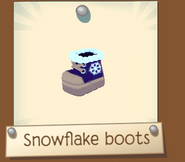