The Snowflake Crown is a clothing item worn on the head. It was originally released in December 2015 at Jam Mart Clothing for 1,500 Gems.

The Snowflake Crown has small snowflakes flying between the four twigs of the crown and a bigger snowflake on top. This item comes in 5 different color variants. 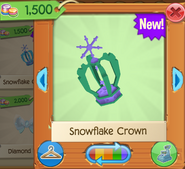 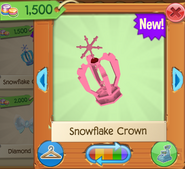 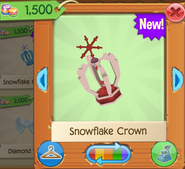 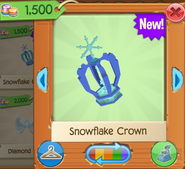 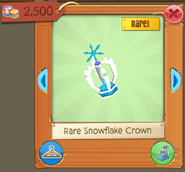