Not to be confused with the Pet Snowflake Earmuffs.

The Snowflake Earmuffs is a clothing item worn on the head. It was originally released during Jamaalidays in December 2016 at Jamaaliday Jam for 700 Gems.

This item comes in 6 different variants. These are basic two-colored earmuffs. The muffs have white snowflake decals on them. 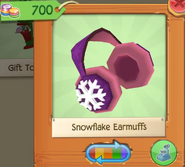 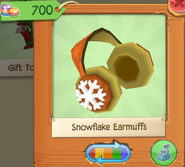 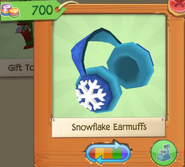 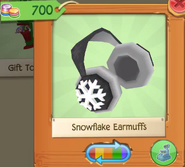 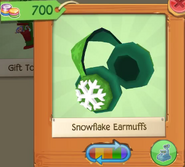 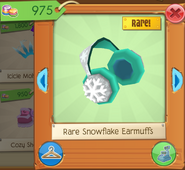 Rare Item Monday variant.
Add a photo to this gallery
Retrieved from "https://ajplaywild.fandom.com/wiki/Snowflake_Earmuffs?oldid=264920"
Community content is available under CC-BY-SA unless otherwise noted.