750 Gems
The Snowflake Throne is a den item. It was originally released in December 2016 at Epic Wonders for 2,500 Gems.

The Snowflake Throne appears to be made of ice. There is a cushion on the seat with a snowflake on it. The back of the throne is an intricately carved snowflake. This item comes in 6 different color variants. 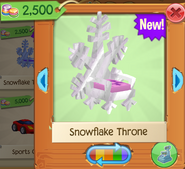 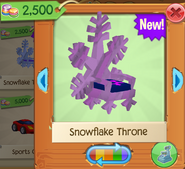 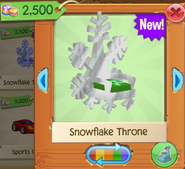 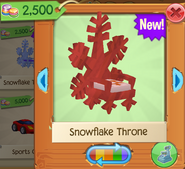 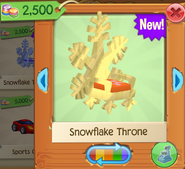