The Snowflake Tiara is a clothing item worn on the head. It was originally released in December 2015 at Jam Mart Clothing for 1,500 Gems.

The Snowflake Tiara consists of a big and two smaller snowflakes with a gem in the middle. This item comes in 4 different color variants. 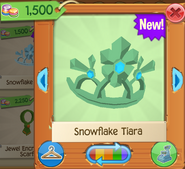 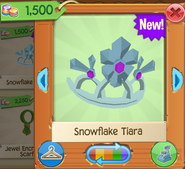 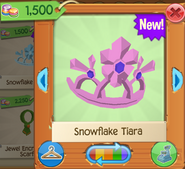 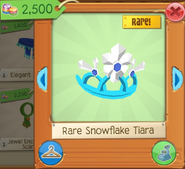