The Snowman Mask is a clothing item worn on the head. It was originally released in December 2015 at Jam Mart Clothing for 800 Gems.

The Snowman Mask resembles a snowman's face. It has two large, gray stones for eyes and smaller gray stones that make up the mouth. For a nose, it has an orange carrot. There is a tall top hat that has different-colored candy on it. This item comes in 6 variants. 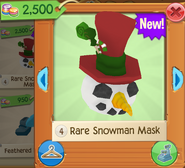 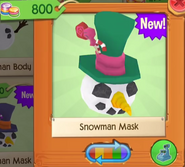 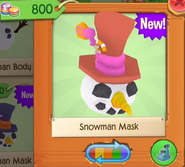 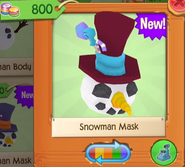 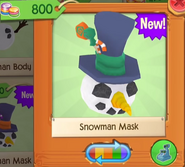 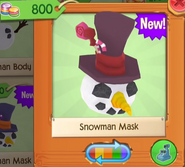