The Soccer Goal consists of a soccer goal that has a bronze-golden rim. On each front-facing side, there is a tall white band that is slightly thicker than the rim itself. In the back of the soccer goal, a large white net covers all but the right and left sides. There are two dark green patches of leaves on the left and right. 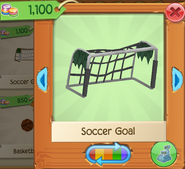 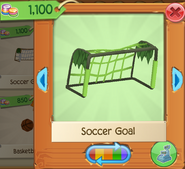 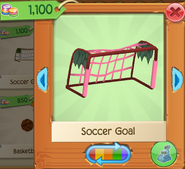 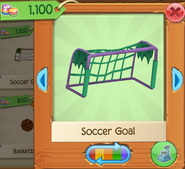 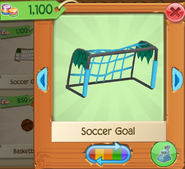 Add a photo to this gallery
Retrieved from "https://ajplaywild.fandom.com/wiki/Soccer_Goal?oldid=365314"
Community content is available under CC-BY-SA unless otherwise noted.