510 Gems
Not to be confused with the Jamaaliday Sofa.

The Sofa is a den item. It was originally released in the Beta Testing at Jam Mart Furniture for 300 Gems. It was also later released as the Palace Sofa with the release of the Polar Palace den.

The Sofa is a curvy, Victorian-style two seater sofa with two small cushions on it. 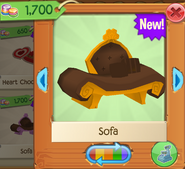 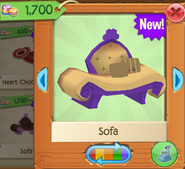 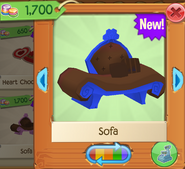 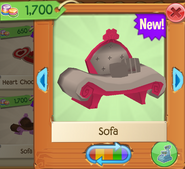 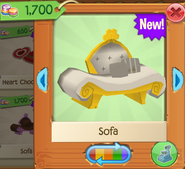 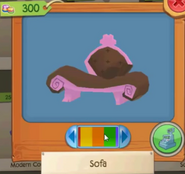 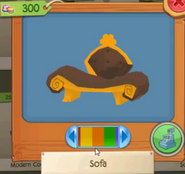 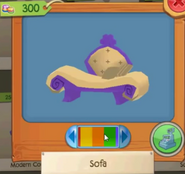 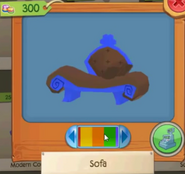 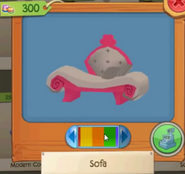 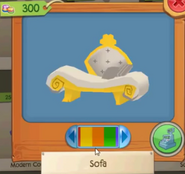