75 Gems
Not to be confused with the Rare Sparkly Head Bow.

The Sparkly Head Bow is a clothing item worn on the head. It was originally released in the Beta Testing at Jamaa Store (Jam Mart Clothing) for 450 Gems.

The Sparkly Head Bow is a tied ribbon bow with white stars printed on it. It has an animation; it sparkles continuously. Regardless to the color of the bow, the sparkles are always bright green.

This item comes in 7 variants, including the Rare variant. 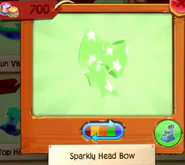 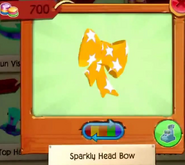 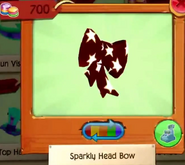 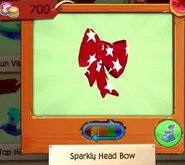 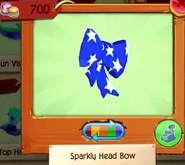 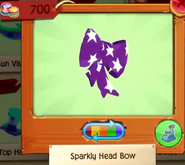 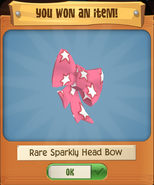 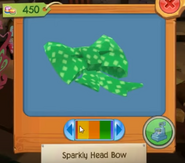 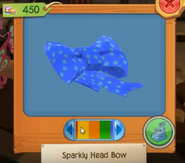 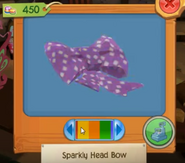 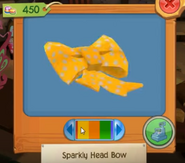 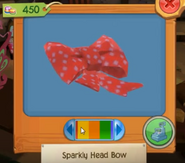 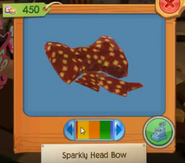 Sparkly Head Bow in the Beta Testing.
Community content is available under CC-BY-SA unless otherwise noted.