495 Gems
The Spooky Pond is a den item. It was originally released during the Night of the Phantoms on October 2015 at Jam Mart Furniture for 1,650 Gems.

The Spooky Pond is a pond with green water, it has a tombstone that has a spider symbol on it. The spider is also in the pond. The Spooky Pond comes in 6 variants. 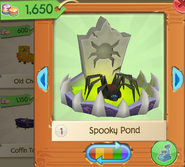 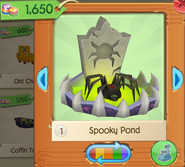 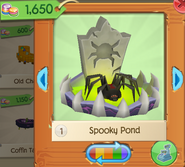 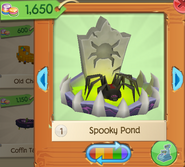 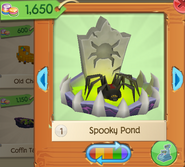