210 Gems
The Rare Spooky Window is a den item. It was originally released during the Night of the Phantoms in October 2015 as a prize from the Super Sweets Minigame.

The Rare Spooky Window is a wooden window with a ghost that floats by outside in the darkness. This item comes in 6 variants. 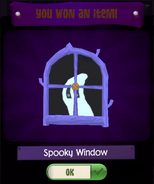 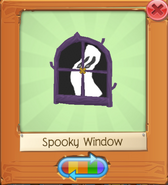 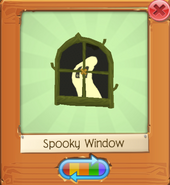 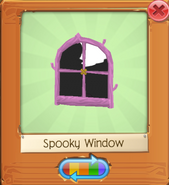 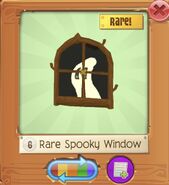