The Stone Couch is a large selection of rock that is carved into a couch formation. The top of the backrest is a little jagged, ending in small lumps. This item comes in 6 variants. 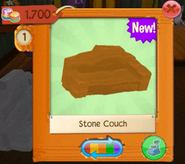 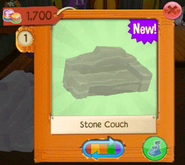 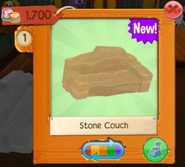 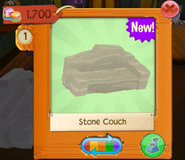 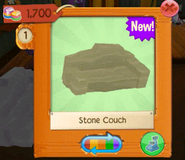 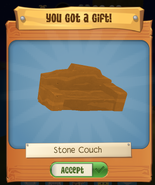