285 Gems
The Stone Window is a den item. It was originally released in August 2015 at Jam Mart Furniture for 950 Gems.

The Stone Window is a window with a crude stone frame and bars fashioned from tied sticks. A view of a mountain in daytime is seen through the window, as well as several trees in shades of green. This item comes in 6 variants. 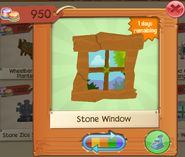 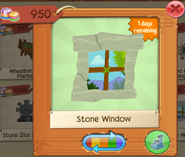 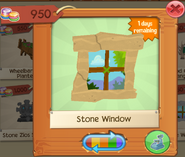 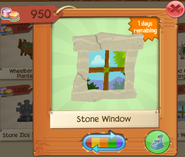 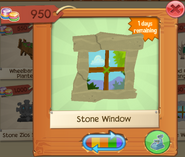