105 Gems
The Striped Vase is a den item. It was originally released in the Beta Testing at Jam Mart Furniture for 350 Gems.

The Striped Vase is a tall rounded vase that has thick stripes wrapping around the vase. It has a hole the same color as the stripes. This item comes in 12 different color variants. 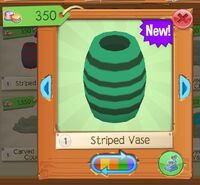 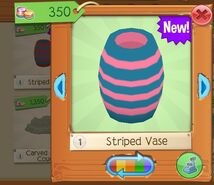 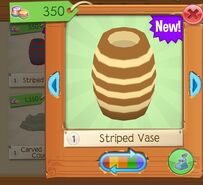 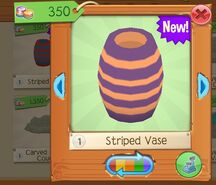 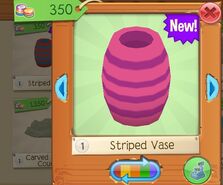 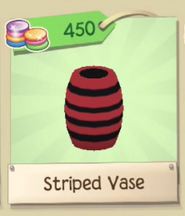 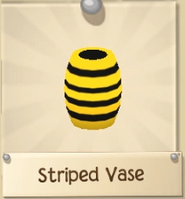 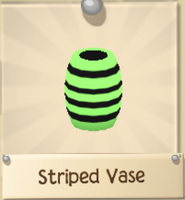 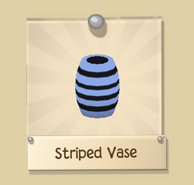 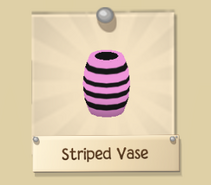 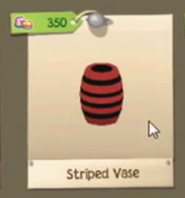