The Submarine is an Aquarium's den item. It was originally released in September 2016 at the Shop for 15 Sapphires.

The Submarine appears to be a typical submarine with a large body and four small tail blades. The item comes in only 8 variants. 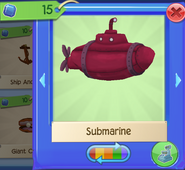 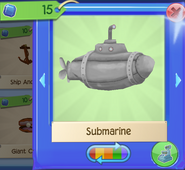 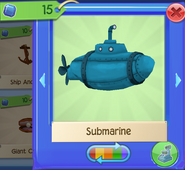 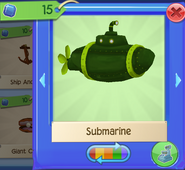 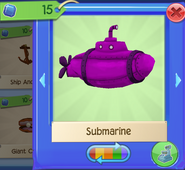 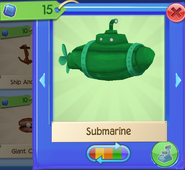 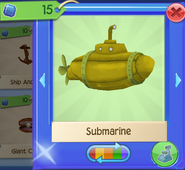