The Sunken Ship is an Aquarium's den item. It was originally released in September 2016 at the Shop for 15 Sapphires.

The Sunken Ship consists of a gray ship that is half-sunken in a body of water. It has an orange tan rim and there are several small circular windows on the side of the ship. It appears to be made of gray bricks. This item comes in 8 variants. 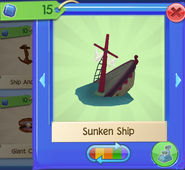 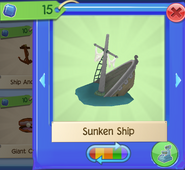 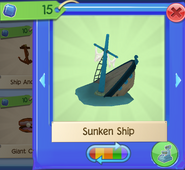 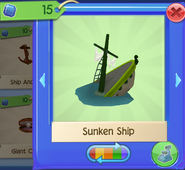 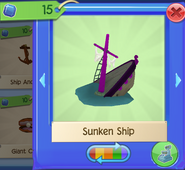 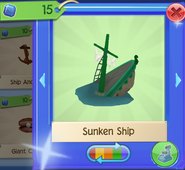 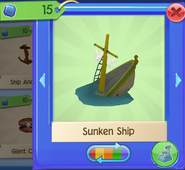