360 Gems
Not to be confused with the Rare Tail Armor.

The Tail Armor is a clothing item worn on the tail. It was originally released during October 2015 at the Wolves Only Party for 1,200 Gems.

The Tail Armor appears to be made out of metal. It has three long semicircle-shaped plates that wrap around it. Each plate has three hexagons on it. The item comes in 6 variants. It has same shape as the Wolf's Tail. 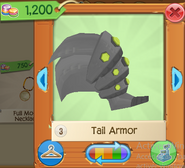 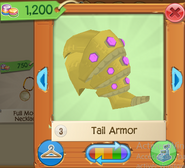 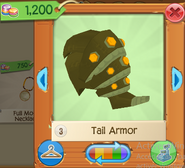 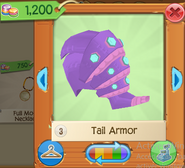 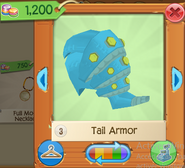