750 Gems
The Tarantula Throne is a den item. It was originally released during the Night of the Phantoms 2015 at Jam Mart Furniture.

The Tarantula Throne is a chair that seems to look like a 6-eyed spider that has 8 striped legs and two small fangs. 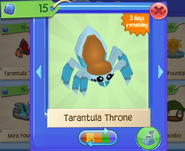 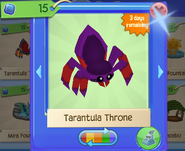 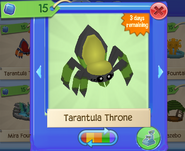 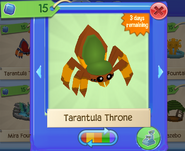 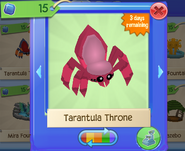 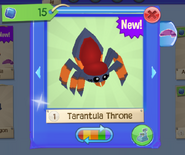 Pet Tarantula badge added to item (2017) but was removed in 2018
Community content is available under CC-BY-SA unless otherwise noted.
Advertisement