Not to be confused with The Superclaw.

The Claw is a single-player mini-game that can be accessed through the Claw Machines located at different areas around Jamaa.

The object of the game is to win plushies, although sometimes when playing this mini game, you can obtain other random den or clothing items such as the Moon Necklace or Lily Rug.

After paying 5 Gems or 50 Gems, the player can drag the joystick to move the claw left and right, and push the red button to drop the claw and potentially retrieve a plushie.

The player can potentially win a Plushie, clothes or den items when playing this game, and it is random whether they do or not.

Before the release of The Superclaw, all the plushies were available in a single variant (including the beta plushies: Bunny, Monkey and Wolf) through The Claw. They made room to new variants since then.

The first plushies available through The Claw were: Bunny, Monkey, Wolf, Koala, Panda, Tiger and Seal. 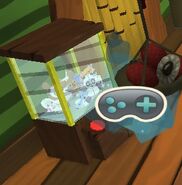 Claw Machine in the Juice Hut 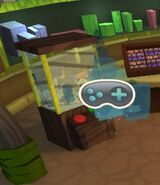 Claw Machine in the Sarepia Theater 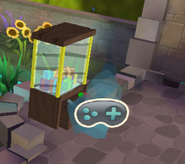 Claw Machine at the Trading Party

It costs 5 Gems per turn to win a plushie

Ocassionally, the claw will pick up a plushie. 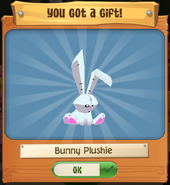 The Claw before the release of The Superclaw 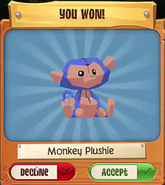 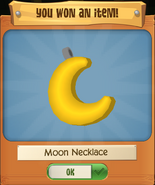 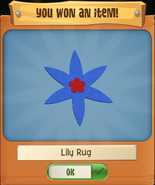