The machine is a den item. It was originally released in February 2016 at thePremium Shop for $1.99 real currency.

At the end of February 2016, it was relocated to the Sapphire Shop for 100 Sapphires.

The objective of the game is to win a Plushie.

After paying 5 Gems, the player can drag the joystick to move the claw left and right, and push the red button to drop the claw and potentially retrieve a gift.

The player can potentially win a regular or a Rare Plushie when playing this game. However, it is completely random whether the player will win a Plushie. 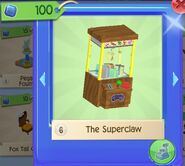 The Superclaw from The Sapphire Shop 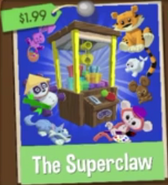 The Superclaw from The Premium Shop 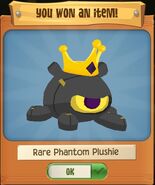 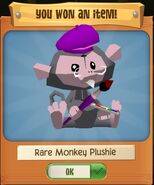