300 Gems
The Three-Eyed Monster Mask is a clothing item worn on the head. It was originally released during the Night of the Phantoms in October 2016 at the Spooky Party for 1,000 Gems.

The Three-Eyed Monster Mask is a mask of a monster with a three large circular eyes and two horns. The teeth with braces and one missing tooth can be seen. This item comes in six variants. 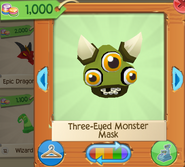 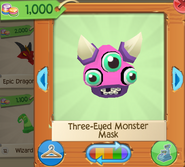 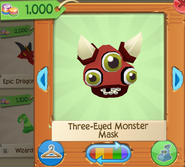 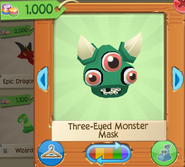 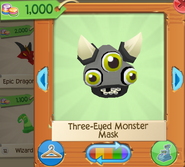