300 Gems
The Three-Headed Monster Mask is a clothing item worn on the head. It was originally released during the Night of the Phantoms in October 2016 at the Spooky Party for 1,000 Gems.

The Three-Headed Monster Mask is a mask of a three headed monster (Most resembling a cerberus). They have one sharp horn and two ears on each head, they are also grinning. 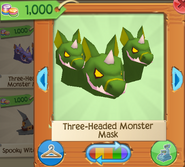 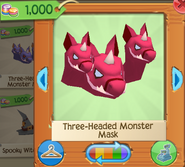 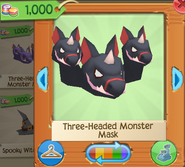 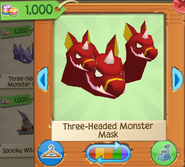 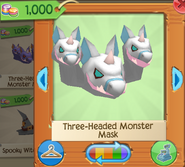