The Three Horned Armor is a clothing item worn on the back. It was originally released in February 2016 at Jam Mart Clothing for 1,350 Gems.

The Three Horned Armor is big back armor that has three sections. On each section, there are two dots near the bottom and one large spike that has its tip the same color as the main armor. The item comes in 8 variants 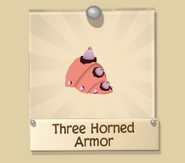 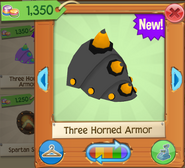 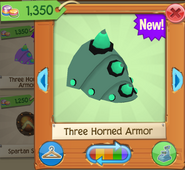 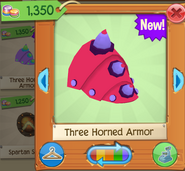 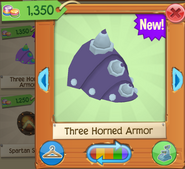 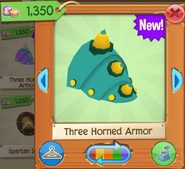 Three Horned set on the front tables
Add a photo to this gallery
Retrieved from "https://ajplaywild.fandom.com/wiki/Three_Horned_Armor?oldid=282523"
Community content is available under CC-BY-SA unless otherwise noted.