330 Gems
Not to be confused with the Magenta Tiara.

The Tiara is a clothing item worn on the head. It was originally released in the Beta Testing at Jam Mart Clothing for 250 Gems.

The Tiaras metal changes variants separate to the gem, which is placed center top to the crown and is the only gem adorning the crown. The item rests upon the wearers head. 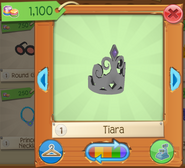 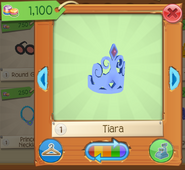 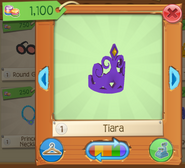 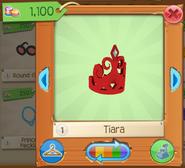 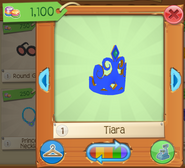 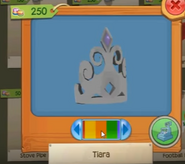 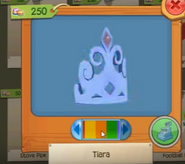 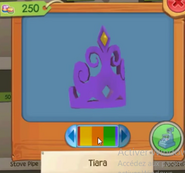 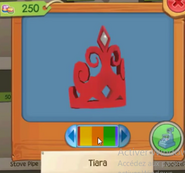 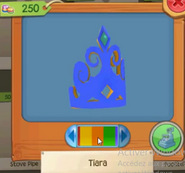 Beta Testing design
Add a photo to this gallery
Retrieved from "https://ajplaywild.fandom.com/wiki/Tiara?oldid=413528"
Community content is available under CC-BY-SA unless otherwise noted.