Not to be confused with the beta Stove Pipe Hat.

315 Gems
The Top Hat is a clothing item worn on the head. It was originally released in July 2015 at Jam Mart Clothing for 1,050 Gems.

The Top Hat is a small, sturdy top hat, which is similar to the Stove Pipe Hat. It has downward facing stripes and a series of buttons placed in rows near the top of the hat. 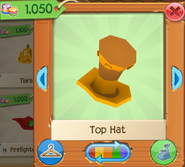 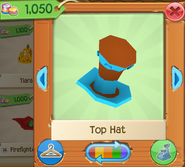 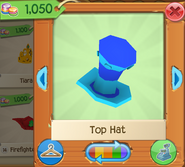 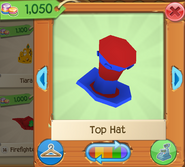 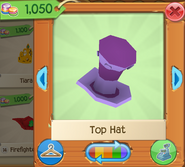 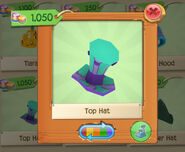