300 Gems
The Train Set is a den item. It was originally released during August 2015 at Jam Mart Furniture for 1,000 Gems.

It consists of a simple, oval-shaped train set with a small steam engine, and a coach, both of which are magenta and turquoise. It moves slowly around the track over and over again.

It comes in 6 variants. 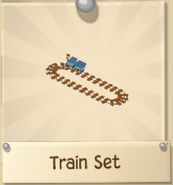 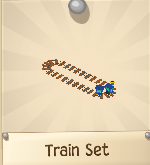 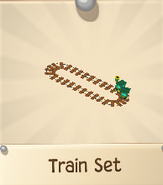 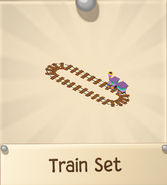 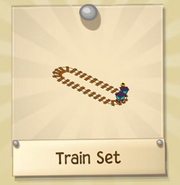