The Tsunamidragons12's Double Dragon Wings is a clothing item worn on the back. It was originally released on May 16, 2021 at Jam Mart Clothing for 10,000 Gems.

The Tsunamidragon12's Double Dragon Wings resemble two sets of ice dragon-like wings with bubbles floating around it. This item comes in 6 variants. 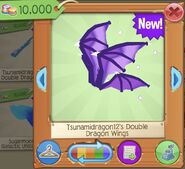 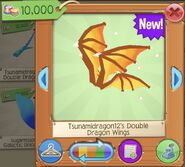 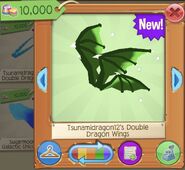 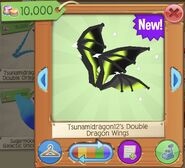 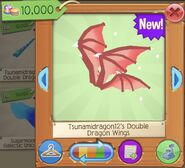 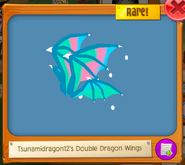 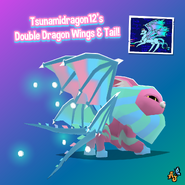