255 Gems
The Vampire Mask is a clothing item worn on the head. It was originally released during the Night of the Phantoms in October 2015 at Jam Mart Clothing for 850 Gems.

The Vampire Mask is a mask that resembles a vampire. It has hair, two eyebrows, two ears and eyes. The mouth is opened and you can see two sharp fangs. 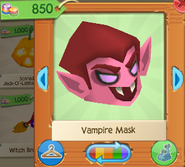 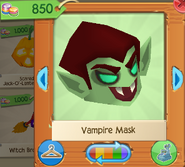 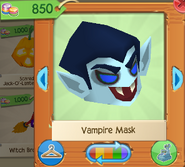 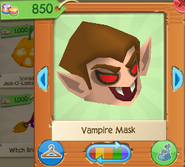 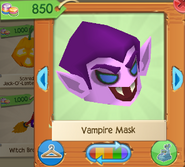