765 Gems for rare
Not to be confused with the Pet Viking Hat.

The Viking Hat is a clothing item worn on the head. It was originally released in August 2015 at Jam Mart Clothing.

The Viking Hat is a hat with two long horns coming from out the sides. There is another pair of smaller horns that are just above the longer pair. On each horn the tip is a different color. On the longer horns there are rectangles that are a light gray-beige shade. There is a dark outline on the bottom of the hat and around the horns. 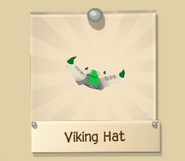 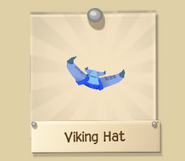 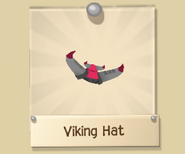 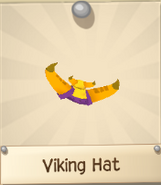 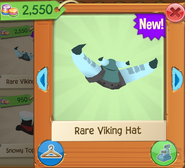