The Witch Mask is a clothing item worn on the face. It was originally released during the Night of the Phantoms in October 2015 at Jam Mart Clothing for 850 Gems.

The Witch Mask is shaped like the face of a witch, which has a pointy nose and a wart at the end of it.

This item comes in 6 color variants. 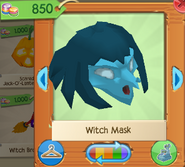 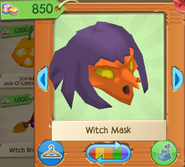 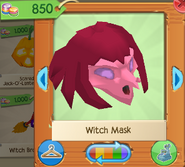 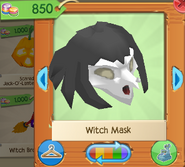 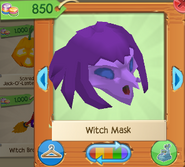 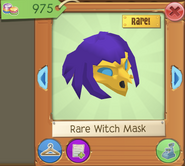