330 Gems
The Wizard Hat is a clothing item worn on the head. It was originally released during the Night of the Phantoms in October 2015 at Jam Mart Clothing for 1,100 Gems.

The Wizard Hat is a tall hat that has moons and stars on it. This item comes in 6 variants. 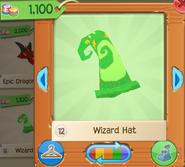 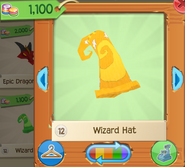 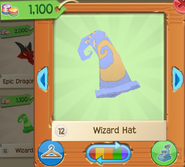 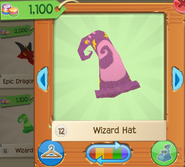 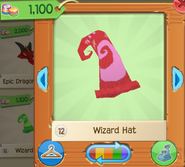