The Wolf Banner is a banner with an image of a wolf on a background of three different-colored vertical stripes. The banner is fastened to a slender tree branch with two ties. This item comes in 6 variants. 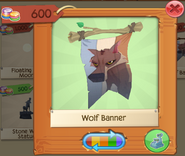 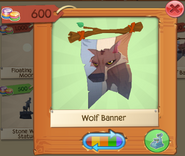 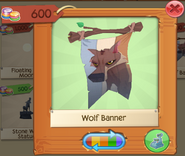 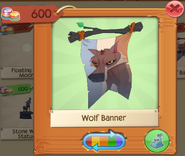 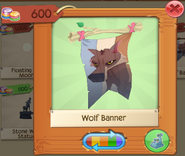