The Wolf Flag is a den item. It was originally released in January 2017 at the Wolf Cave or 5 Sapphires.

The Wolf Flag is a pole with a small flag at the top. The pole looks like it has some kind of vine growing on it. The flag has a wolf on it, and behind the wolf there is a circle. The background color and circle color change depending on the variant. 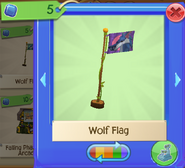 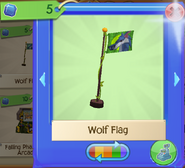 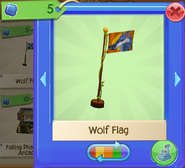 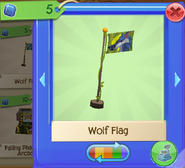 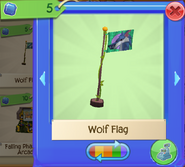 Add a photo to this gallery
Retrieved from "https://ajplaywild.fandom.com/wiki/Wolf_Flag?oldid=218024"
Community content is available under CC-BY-SA unless otherwise noted.