210 Gems
The Wolf Lamp is a den item. It was originally released in October 2015 at the Wolves Only Party for 700 Gems.

The item is also available as a prize through Touch Pool Minigame since November 2016.

It has a wolf howling as the base of the lamp and a stand that holds up the moon. The moon has clouds that move around it. This item comes in 6 different color varieties. 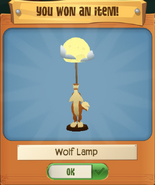 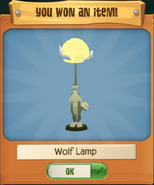 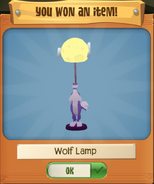 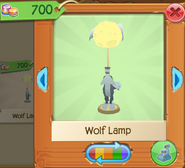 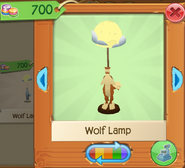 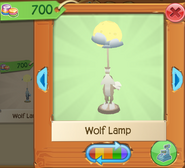 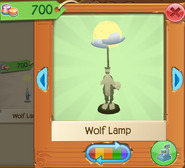 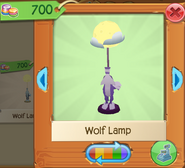 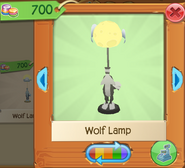